Columbia City, Ind. – This weekend’s round of The Trans Am presented by Pirelli at The Circuit of the America’s (COTA) in Austin, Texas, marks the beginning of the final five rounds — all to be contested in less than 30 days.  Leading the TA2 championship and just 12 points out of the lead in the Southern Cup, Stevens-Miller Racing (SMR) looks to keep it clean as the season heads into the home stretch.

Team Owner Joe Stevens said, “The key to the championship is to race clean and to bring the car back in one piece. The turnaround and travel schedule for the next three events are brutal. I’m hoping with the actions of the stewards, things will calm down, and we can bring the title home. Our driver, Mike Skeen, is the only title contender not on probation or been reprimanded by officials for his driving. It’s the way “Skeen the Machine” races and it’s the way I want it – clean. We show up to every Trans Am event with the same goal, to win a championship and head home with everyone safe. We have a fantastic series and it deserves to be respected by everyone in the paddock on the track and off.” 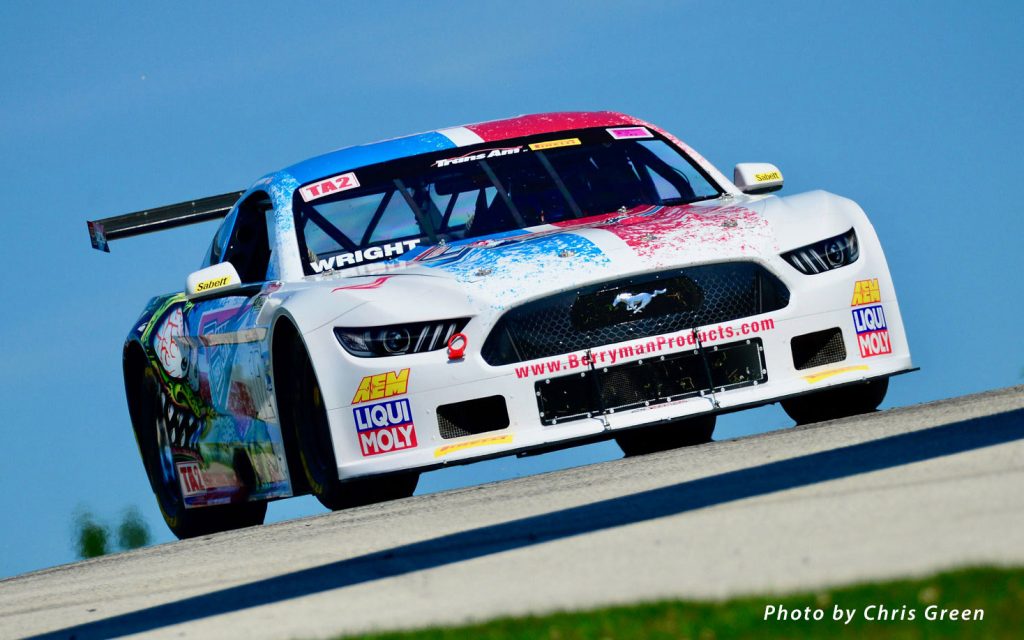 Skeen, the driver of the Liqui Moly, Katech Racing, Howe Racing Enterprises, SMR, Mustang, said, “I’m excited to get back to TA2 racing. Back in September, we had an exciting win at VIR, and we want to keep that momentum going. I race a lot of different categories, but I love these TA2 cars! We’re starting to look toward the end of the year, but with three events and five races still to go, anything can happen. There’s lots of racing left, so we can’t relax just yet.”

JP Southern Jr. had a tough outing at VIR and currently sits 12 points back in the chase for the Southern Cup. “After his big off at VIR, his ProcureIT Network, Pittrace, Camaro is about 75 percent new,” Stevens said. “He’s run very well in his first TA2 season but has had some tough luck. We’d love to have him bring the Southern Cup home for himself, the team, and his sponsors.”

Southern Jr. said, “ The SMR crew, myself, and my sponsors have been hard at work to get the car back on track for COTA. I have to give special thanks to Chris Martin and the ProcureIT Network for stepping up and helping to make it happen. I’m looking for a strong comeback and making strides toward the Southern Cup Championship. I fully expect nothing less than a good finish at COTA as it is a track I know quite well.”

Berryman Products, based in Arlington, Texas, and Marketing Director Beau Blankenship is excited to attend their home race. Blankenship said, “We are excited to get back, interact with the fans, and be with the team. Trans Am has done a great job with live streaming, but nothing beats the thrill of seeing the races in person. Alex Wright has done a great job representing us and winning the Northern Cup. I can’t wait to see our car in action for the first time this season.”

The driver of the Berryman Products Mustang and 2020 Northern Cup Champion Alex Wright said, “This is the season finale for me, and COTA is a great place for it. It’s a great facility and a really fun track to run, especially in a big TA2 field. I’m really looking forward to one more ride in the Berryman Mustang, and hoping for a strong finish. It will be great to have Beau at the track with us, he’s more than a sponsor, he’s been part of the team for three years, and his presence under the awning has been missed by us all.”

In a season that has been tremendously challenging on track and off with COVID-19, schedule changes, sponsor challenges, and tens of thousands of dollars in crash damage, Stevens and his team continue to hold on to their position at the top. “We’ll celebrate when it’s over,” Stevens said. “Every day is a challenge for all. Right now, I just want to get to the finish and bring everyone home safe. 2020 has been a challenge like no other. But we will see it to the end and do our best to win the championship, for my guys, for our sponsors, and all of our families.”

Stevens-Miller Racing (SMR) has one of the highest winning percentages in Trans Am’s TA2 category. SMR’s staff has earned 40-plus podiums, three championships, multiple Hard Charger Awards, Rookie of the Year, and more. The team’s focus is achieving the driver’s desired goals. SMR has what drivers need, be it GT2, SVRA Group Six, or TA2. Whether it’s to have fun, develop your driving ability, or win a championship, SMR does it all and has the winning history to back it up. See www.stevensmillerracing.com for more details about our programs and Arrive & Drive and car prep opportunities.