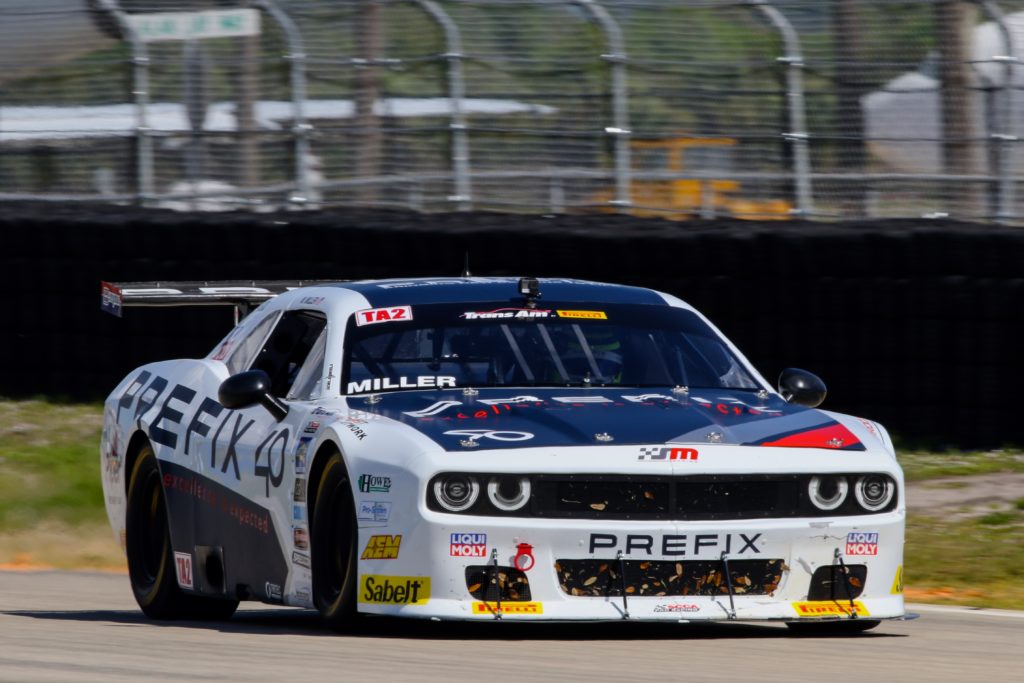 Columbus City, Ind. – Stevens-Miller Racing (SMR) will roll into Road Atlanta with two cars firmly in the top 10. Marc Miller in the No.40 Prefix Dodge Challenger currently sits second in the championship and Dillon Machavern in the No.77 Liqui Moly Ford Mustang is ninth.

“We are locked and loaded,” said SMR owner Joe Stevens. “We tested the No. 77 car last week at Road Atlanta and we’ve ironed out the throttle issue that dropped Dillon out of the top three at Sebring. Before the issue, Dillon had the pace and the tires to contend for the win. Our No.40 Dodge is our base combination and I have no doubt that our one-two punch of Miller and Machavern will be in full affect this weekend.”  SMR will field four cars in the No. 31 car TA2 field. Brian Swank will be in the outrageous Berryman Products Camaro featuring the “Ed Big Daddy Roth” Chemtooler on its flanks. Also returning is Alex Wright in the No.38 SMR Berryman Products, Liqui Moly, Prefix Dodge Challenger. 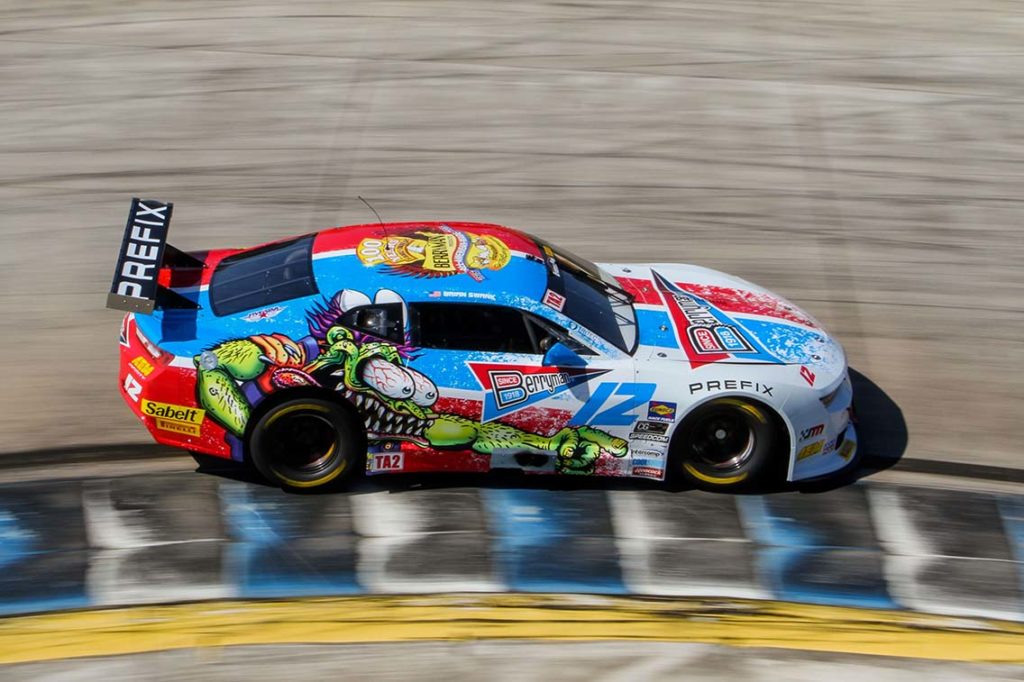 Stevens said, “Starting last Brian drove a very steady race at Sebring. Brian moved up 10 positions and continues to improve and build his experience. Brian also tested at Road Atlanta and to prepare for the challenge.”  Swank added, “The more laps the better, I learn every time I leave pit lane. Marc Miller works with me constantly and I could not ask for a better situation than I have with SMR. The car, the coaching, the mechanics and now the hospitality center, it is truly a great environment.”

Stevens continued, “Alex had some tough luck at Sebring and had to retire after contact with another car. He’s doing great, from NASA to TA2 is a big step, and, like Brian, it’s all about getting laps. Both Brian and Alex are great guys to have under our canopy — they’re committed to TA2 and SMR. They want to grow and our entire staff works hard to get them where they want to go.” 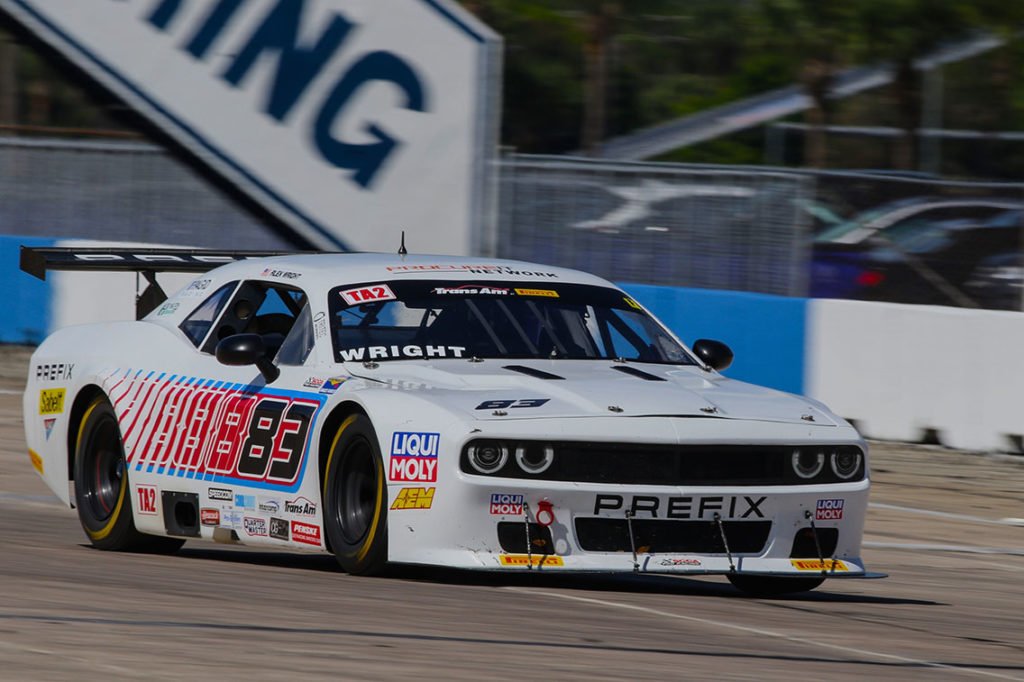 The SMR hospitality tent will once again be very busy, Stevens said. “We had a great group at Sebring. Berryman, Liqui Moly and Prefix all brought guests including Prefix customer Piper Aircraft.”  NAPA Auto Parts will be joining SMR at Road Atlanta in their first promotion with Berryman and their store owners and managers. “NAPA realizes we have a great weekend of racing and wants to capitalize on their associations with Liqui Moly and Berryman. It’s a win–win. Berryman and Liqui Moly get product on NAPA shelves and the series gets promoted along the way. NAPA is thrilled to be involved and we get more eyes on what we are all doing as a team and as a series.”