Columbia City, Ind. – The Trans Am presented by Pirelli has reached the heart of the season and with that comes a shifting balance of power within the teams and the series. After successive wins the Stevens-Miller Racing (SMR) Dodge Challengers were handed new restrictions for Road America. Despite the new restrictor plate, SMR driver Marc Miller brought his PREFIX Dodge Challenger in second and continues to lead the championship. 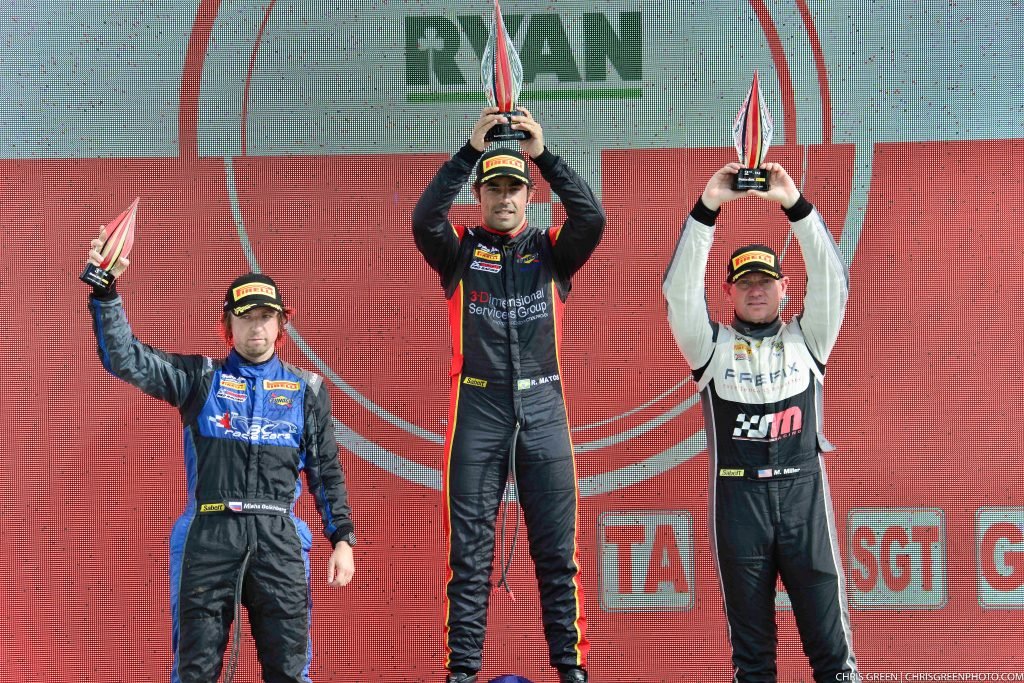 “It happens in American Road Racing,” SMR owner Joe Stevens said.  “One team spends the time and money to gain an advantage and the sanctioning body steps in to level the field. Plain and simple, the goal is to win the championship and that is our focus.

“My team has worked tirelessly to develop the handling of our Dodge. For years we’ve struggled with a body and engine that is heavier than the Ford and Chevy. The added weight raises the center of gravity resulting in the understeer that has limited our performance and our ability to win. Testing during our annual summer break revealed an issue in the rear that had not been on our radar. Resolving the issue along with lighter front body work from our sponsor, PREFIX, necessitated by Marc’s accident at Detroit, enabled us to literally turn the corner on our issue. We’ve known all along that if we could get the Dodge to change direction and have the positive turn-in of the other cars we’d have something for them.”

Miller added, “You’re never happy when a sanctioning body hands you a new restrictor plate – but it happens. Over the last couple of races my PREFIX Dodge has been bad-fast, and I finally had something I could take to the front. The team has worked their butts off to get where we are today, and regardless, it’s my job to take it to the front. Our lead in the championship is fairly substantial but with four races left anything can happen.”

Stevens continued, “Racing is evolution. The series is working with PREFIX to introduce the new “Choice” spec motor that will be the future of TA2. Just as we were given a smaller restrictor, the teams who have already adopted the Choice package had their restrictors removed. The change in the balance of power between teams and power plants will hopefully not play a major role in the championship. We’ve been the only team running the Dodge and we hope to take them all the way to the top this year.

“We had four cars in the field at Road America, including Dillon Machavern, who came into the weekend second in the championship driving our Liqui Moly, PREFIX-powered Ford Mustang. While trying to work through the changes in Marc’s car, Dillion was having drivetrain issues. The team worked late into the night, but, ultimately, we had to pull out our spare Dodge just before qualifying. With his first-ever lap in the car coming in qualifying, Dillon did an amazing job qualifying ninth and bringing the car home fifth in the race. Because his nearest competition for second won the race, Dillon is now third in the championship hunt.” 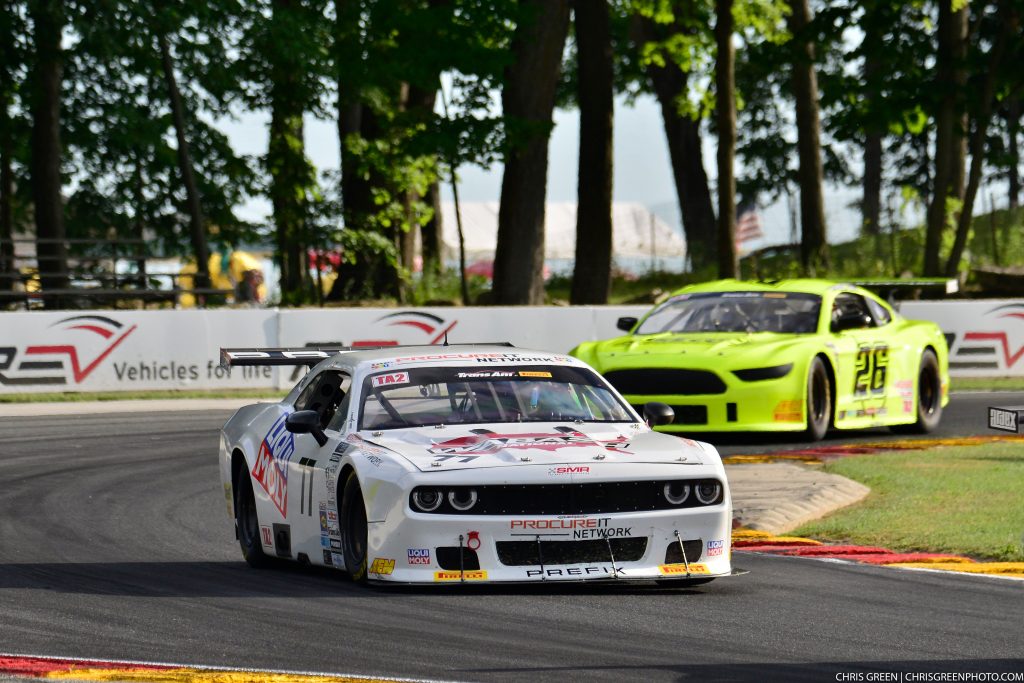 Machavern said, “The guys worked their butts off on my Mustang, but it was not meant to be. Jumping into the Dodge was a challenge, but we were still able to bring home a top-five finish for the team and Liqui Moly. Rick Talbot and his team will get to the bottom of the issue and we’ll be good to go for Watkins Glen this weekend.”

Stevens added, “After the high of Mid-Ohio, winning the “cool move of the race,” Brian Swank, in our Berryman Products Camaro, got caught up in the turn one accident that took out five cars. Alex Wright in the third SMR Dodge drove a steady race and came home 11th.

“It is a long season and we’re doing all of the right things. My team is strong, my drivers are ready, and I’d love to take the championship with Marc and have Dillon right behind. We have a lot of work to do, but not one of us are going to lift off the throttle until the final checker at Daytona.”