Skeen Goes Flag-to-Flag for the Title 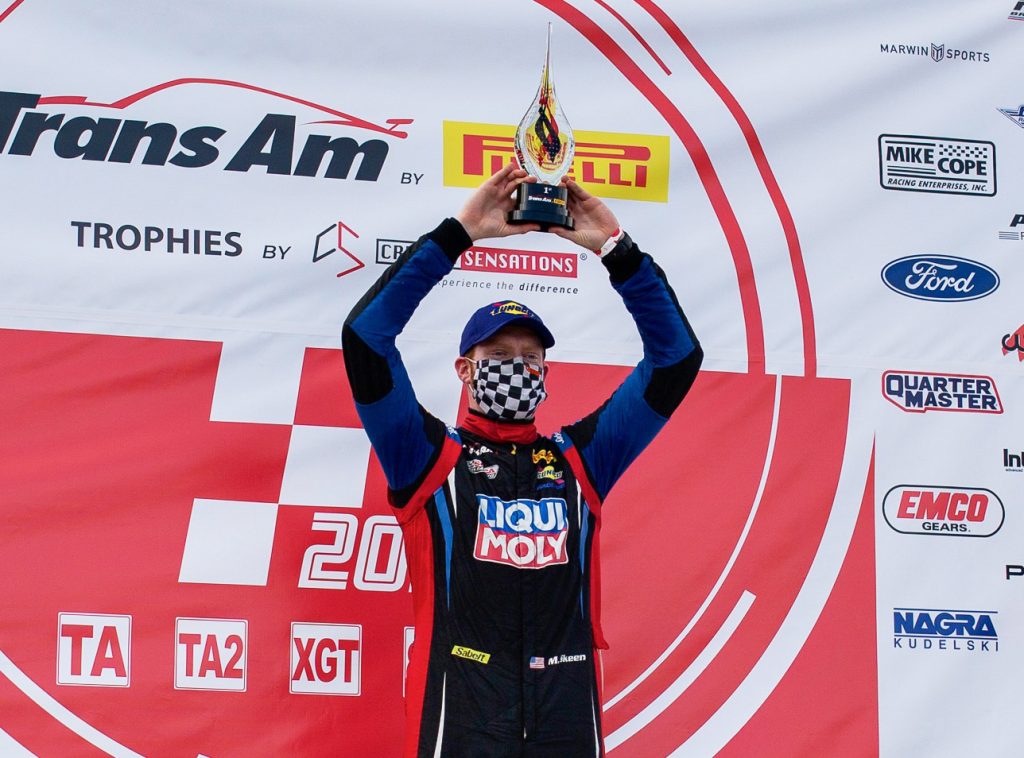 Braselton, Ga. – The final round of The Trans Am presented by Pirelli was held this weekend at Road Atlanta. The season-ending doubleheader featured races Saturday and Sunday to decide the title. It was all on the line for Stevens-Miller Racing and driver Mike Skeen when he led flag-to-flag, securing the championship title Saturday.

Starting from pole, Skeen dominated the field in his Liqui Moly, Turn 14 Distribution, Ford Mustang, leading every lap, and setting fast time in the process. Passed on the final restart, Skeen was able to retake the lead only a few corners later when the temporary leader ran wide, enabling him to take the flag-to-flag victory and win the championship.

Following the race, Skeen said, “I didn’t think the race would ever end. The late-race cautions are always difficult and I knew with only three laps to run, it would be a battle. Joe and the team always give me a great car and today was no different. I’m thrilled to be the 2020 TA2 champion.”

SMR Team Owner Joe Stevens said, “Saturday was one of the best races of the year. With the restarts, Mike had someone on his bumper almost every lap. He could pull a small lead, but really the pack was right there the entire race.”

Southern said, “Now it’s down to tomorrow’s final race. My car was great all day but I didn’t have the pace of the leaders. My goal was to take the lead in the Southern Cup and we did just that, so I’m really pleased. We’ll make some changes to my set up and do our best to get it done tomorrow.” 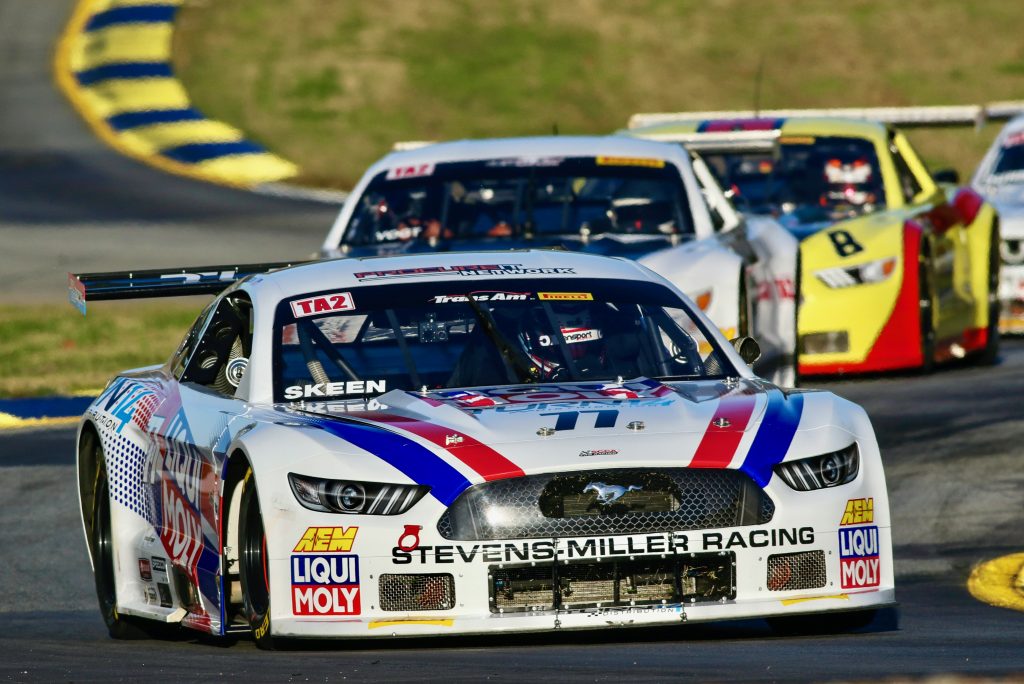 The Trans Am presented by Pirelli’s 2020 season drew to a close Sunday. In a combined event, the entire Trans Am paddock of almost 50 cars took the green flag for the 100-mile sprint to the final checker of 2020.

Despite the traffic, Skeen ran a clean race to win race two of the double-header for Stevens-Miller Racing, Liqui Moly, and Turn 14 Distribution. Skeen, once again, dominated the TA2 field-leading most of the race. Southern Jr. brought his SMR, Southern Racing Camaro home fifth, driving a great race to win the Southern Cup.

Stevens said, “Today was a bit nerve-wracking. We thought long and hard about running our Liqui Moly Mustang today after winning the championship yesterday. At first, I was going to leave it in the trailer, but Mike convinced me that we should go for one more win and he was right! I knew in my gut we had more wins left in us, but to sweep the final two races is just fantastic for my team and all who support us.”

“Yesterday was one of the first races this season that I was able to bring my Liqui Moly, Turn 14 Distribution Mustang home undamaged,” Skeen said. “I completely understand why Joe wanted to just put it in the box and celebrate the championship — I’m so glad I was able to talk him into running the car today. She was perfect!

“What a great year! Running with Joe and his team has been fantastic, as was representing Liqui Moly and Turn 14 Distribution. It’s too bad that we did not have spectators at many of the events, but we’re living in a different world and I’m just thrilled to have won the championship. TA2 is an incredible category and really deserves more attention than we get — no doubt it’s the best-kept secret in professional motorsports.”

He said, “A long season to be sure. We had our ups and downs all year and I could not be happier taking home the Southern Cup in my first season in TA2. Joe and his guys never stop. We kept after it, and the car got better and better every session. Finishing off the year with a top-five and winning the Southern Cup is just fantastic for me and the team.”

Stevens said, “What a year. My guys have been amazing all season – and they never missed a beat. Their dedication and level of preparation of the cars are second to none. I don’t think we had a mechanical DNF all season in any of our five cars. Winning back-to-back championships and winning all three national categories is something I could not have imagined. I have to thank my champs: Mike Skeen the 2020 TA2 champion, Alex Wright the 2020 Northern Cup Champion, and now, today, JP Southern winning the Southern Cup. I also have to thank our partners: Liqui Moly, Turn 14 Distribution, Berryman Products, ProcureIT Network, Howe Racing Enterprises, Katech, and so many others. Fantastic. What a season!”

Stevens-Miller Racing (SMR) has one of the highest winning percentages in Trans Am’s TA2 category. SMR’s staff has earned 40-plus podiums, three championships, multiple Hard Charger Awards, Rookie of the Year, and more. The team’s focus is on achieving the driver’s desired goals. SMR has what drivers need, be it GT2, SVRA Group Six, or TA2. Whether it’s to have fun, develop your driving ability, or win a championship, SMR does it all and has the winning history to back it up. See www.stevensmillerracing.com for more details about our programs and Arrive & Drive and car prep opportunities.