Columbia City, IN – Contesting in Trans Am, TA2 is rookie Jeff Sexton. In his first year of a partnership with Horse Soldier Bourbon and Stevens-Miller Racing, Jeff has the opportunity to join a new race series and a new class of cars which in turn gives Horse Soldier its introduction to professional sports car racing.

“I am extremely grateful for the opportunity to represent Horse Soldier Bourbon, Sabelt, and Stevens-Miller Racing for 2022.  I can’t think of a more perfect All-American matchup: Trans Am, Ford Mustang, and Horse Soldier Bourbon.  The individuals behind their award-winning bourbon are true American heroes and I can’t thank them enough for the efforts and sacrifices they’ve made for our country.  I look forward to competing in the #12 Ford Mustang in honor of the camaraderie and teamwork exemplified by US special forces groups.  Growing up, I attended Trans Am races in the ‘90s and early 2000s with my dad and grandpa.  It is truly a dream come true to compete in the TA2 championship.  Stevens-Miller Racing is a championship winning premier team, and I am excited to get started.”

Jeff began his racing career in indoor karts in Austin, Tx.  His multiple race victories and pace on the track resulted in an invitation to the Red Bull Driver Search two years in a row.  Following that, he was invited to the Jim Russell Future Driver Program at Sonoma Raceway.  He then moved to Pirelli World Challenge where he won Rookie of the Year his first season.  Following that first season, he continued to attain multiple podiums and race wins in various classes and cars.

Joe Stevens, SMR President, will be looking after rookie driver, Jeff Sexton and the marketing deliverables that are crucial for mission success. Joe stated “Jeff thus far has really turned heads with his pace and over-all abilities. I look forward to seeing him grow alongside his teammates. Working with Horse Soldier Bourbon will be another opportunity to build our in-house skill set and marketing activation skill sets. I cannot wait to see peoples faces as they lay eyes on this livery created by Competition Graphics Detroit.”

On Oct. 19, 2001, weeks after the 9/11 terrorist attacks, a hand-selected detachment of 12 Green Berets from the 5th Special Forces Group entered Afghanistan on horseback. Later named the “Horse Soldiers,” their clandestine mission marked the first time U.S. troops rode to war on horseback since World War II. Their story was told through the 2018 action drama “12 Strong.”  Upon retiring from the military, this band of brothers traveled the world and discovered a passion for making bourbon.

Founded in 2015, Horse Soldier Bourbon is an Authentic, All-American, award-winning, ultra-premium bourbon brand and is hand-crafted with a true sense of mission, service, and honor. It is available in three permanent expressions; Straight Bourbon Whiskey, Small Batch Bourbon Whiskey, and Barrel Strength Bourbon Whiskey plus our Limited-Edition Series Commander’s Select. Each bottle of Horse Soldier is formed in molds of steel recovered from the World Trade Center after 9/11 to honor the spirit of resilience and service that arose after the attack on our nation.  Horse Soldier Bourbon continues to make history and live legendary lives by instilling family values, adventurous spirits, and pride into Horse Soldier Bourbon Whiskey.  HSB is sold in stores across 17 U.S. states with plans to go nationwide. To learn more, visit www.HorseSoldierBourbon.com.

Regarding the new opportunity for Horse Soldier to go racing with Jeff and SMR, John Koko, Co-Founder and CEO, said, “From the mountains of Afghanistan to the rolling hills of Kentucky, there’s one thing we’ve seen time and time again – you’re only as good as the company you keep.  We are all excited at Horse Soldier Bourbon to be working with Jeff and Stevens-Miller Racing.” 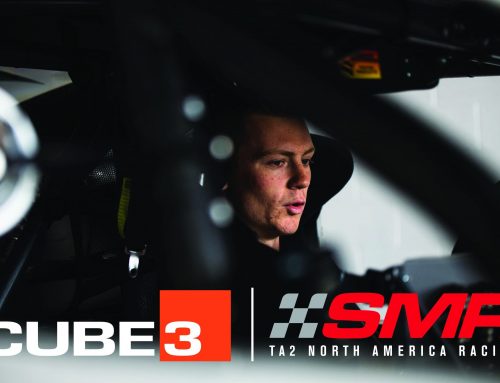 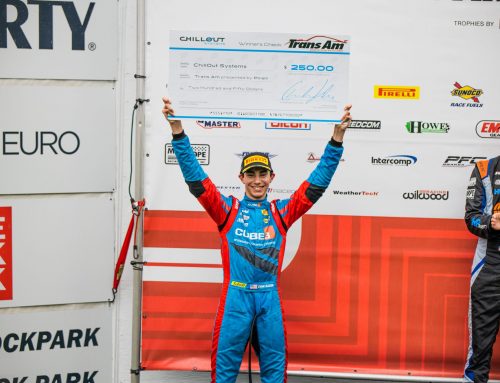 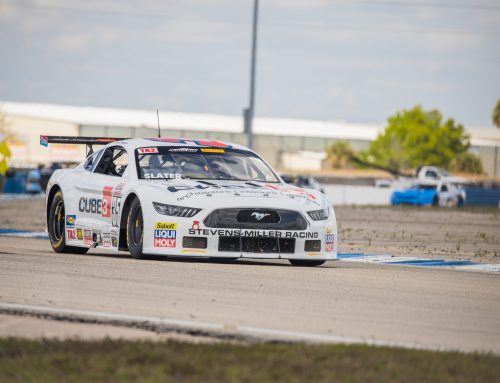 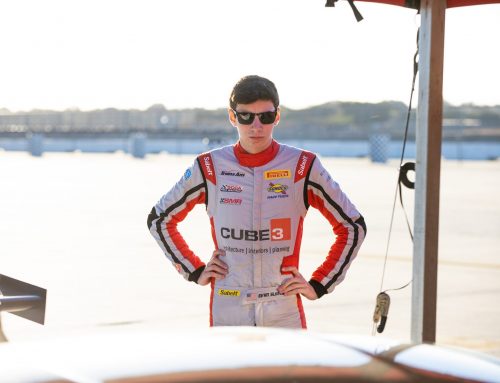