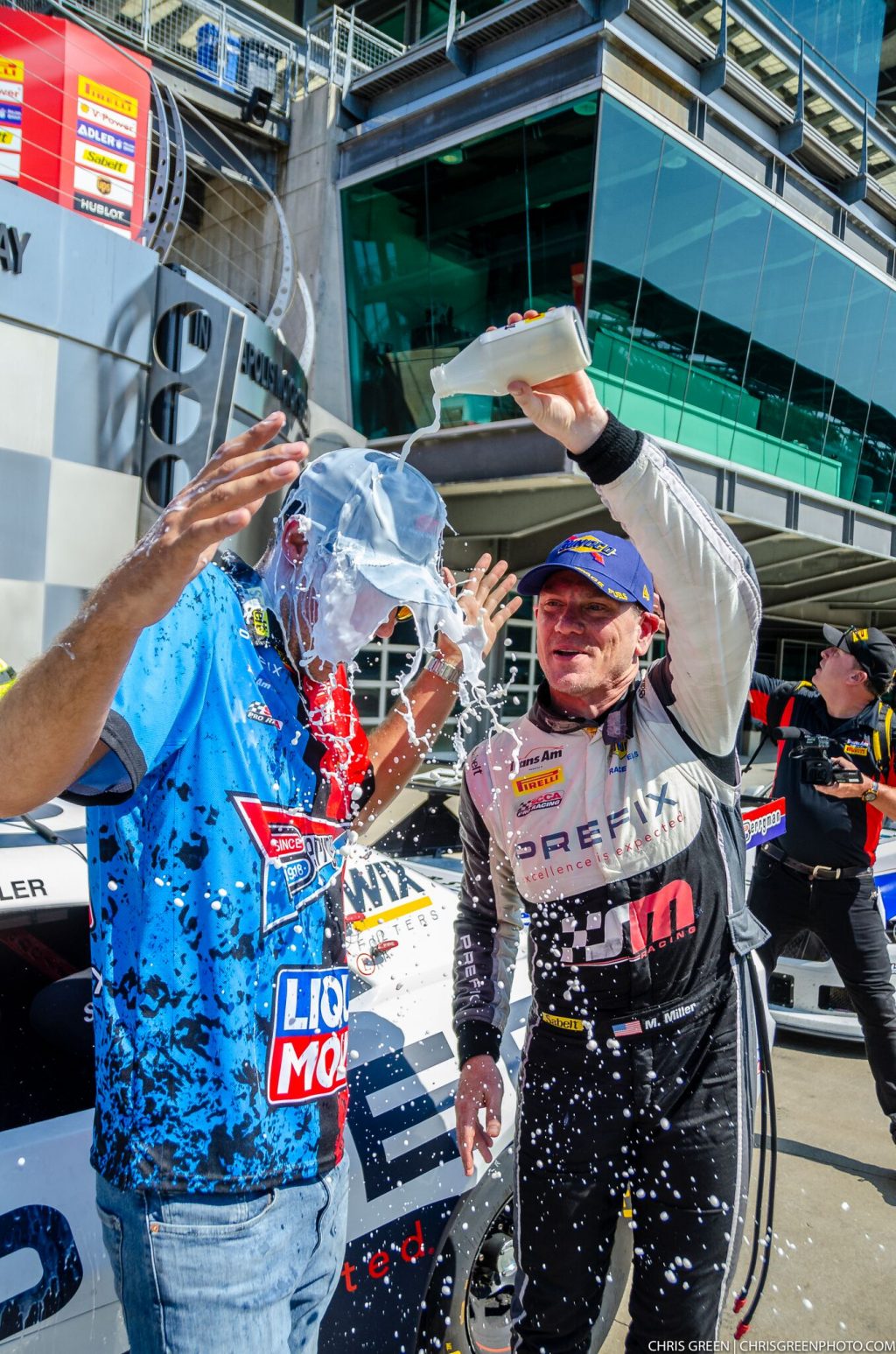 Indianapolis, Ind. – After a one-two finish at the famed Indianapolis Motor Speedway, Stevens-Miller Racing’s owner Joe Stevens and driver Marc Miller celebrated victory with a bath of milk and a kiss of the bricks.

“It’s Indy, and it’s our home track” Stevens said, “There is nothing bigger in motorsport than winning at ‘The Brick Yard.’ Be it IndyCar, NASCAR or Trans Am – being bathed in milk and kissing the yard of bricks is an honor only few will enjoy and something my team and I will always remember. We’ve worked so hard to get to where we are today. My team, my dad, and I are all so proud of this moment. I’m so thankful to all the people and companies that have helped us get here — PREFIX, Liqui Moly, Berryman Products, Howe Racing Ent., ProcureIT Network, Sabelt, Wix, and Pagid, to name a few.

“Marc has worked tirelessly with our team to get our Dodge on top. We have not had a win since Sebring 2018 and this is our first one-two with Dillon Machavern following Marc across the yard of bricks to take second. Our consistency has put us on top of the championship but we were missing a win – this is huge for the entire team and doing it at Indy is just beyond description.”

Race winner Marc Miller said, “This win is a tribute to all of the Stevens-Miller team. We’ve all put our hearts and soul into this and this weekend it all came together. We were fastest in every session, led every lap, set fastest lap, and took the win – a perfect weekend. To have it happen at Indy could not have meant more. I’ve had friends who’ve kissed the bricks and it is something every driver wants to do. I’ve dreamed of having the chance and it is amazing to be one of the few to have put lips to these famous bricks. 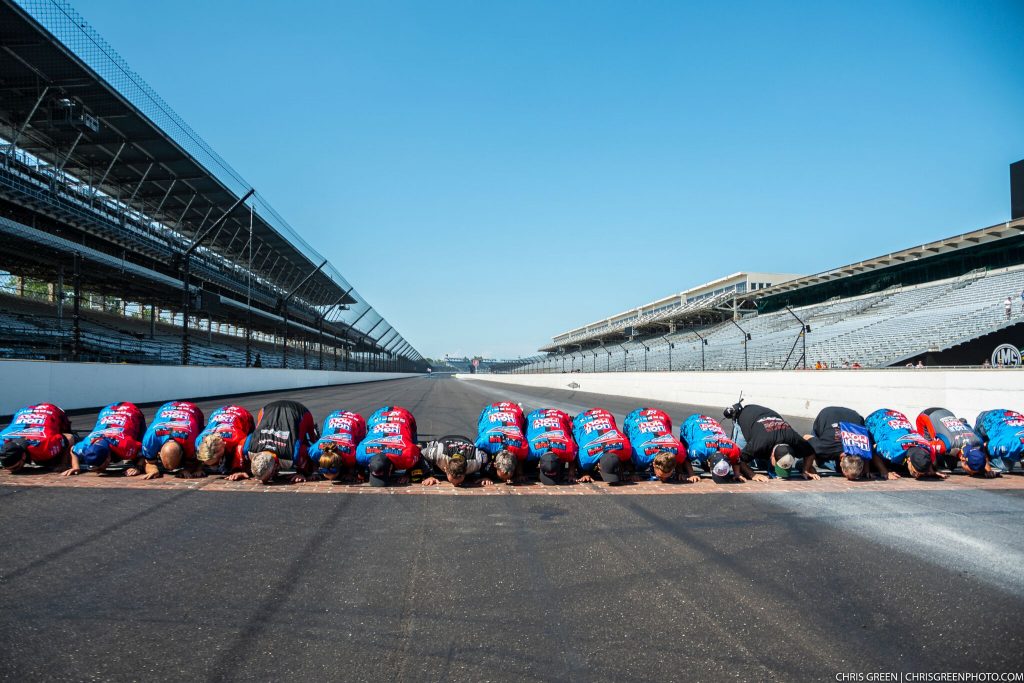 “I have to thank Kim, Eric, Jhan, Lori, Rick and everyone at PREFIX who have supported me this year. It’s a huge commitment on their part and I want to bring home the championship to cap off their 40th anniversary. We extended our lead in the championship but we have three races in four weeks so we have to keep on our game.”

Dillon Machavern said, “Marc was in the zone all weekend. I had saved my tires and brakes knowing that toward the end of our races there’s usually a caution or two. My Liqui Moly, PREFIX-powered Mustang was really good but when the caution and restart came Marc had us covered. Congratulations to Marc and the entire Stevens Miller team. Our team never stops and it really showed this weekend. It is the first one-two for us and I’m really looking forward to Mid-Ohio next weekend.”

Stevens continued, “We have two days to turn the cars around for Mid-Ohio but all four of our cars came home in great shape. Brian Swank in our Berryman Products Camaro finished eleventh and moved into the top 10 in points, Alex Wright in the SMR No. 83 came home ninth. We will have all five of our cars in action at Mid-Ohio with Drew Neubauer back under our tent for the second time this year. It’s a critical time of the year with Indy, Mid-Ohio, Road America, and Watkins Glenn in the span of six weeks the championship is on the line.”