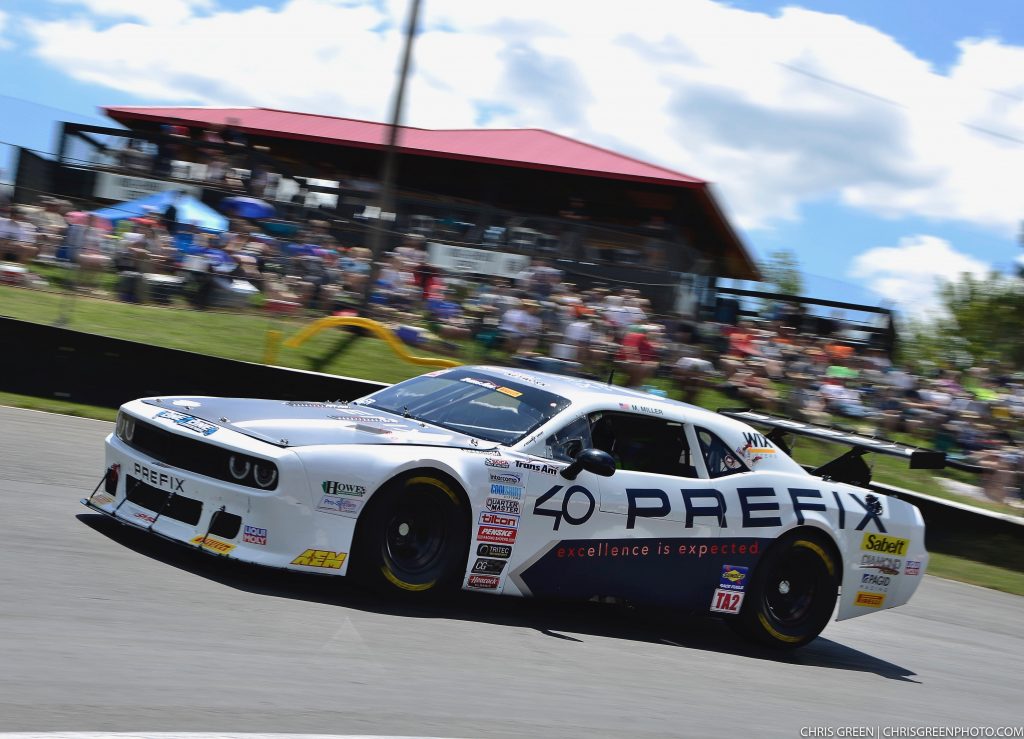 Stevens-Miller Racing  (SMR) Team Owner Joe Stevens said, “We’ve worked really hard to get our Dodge to be a consistent front runner. With its long straights we knew we’d be strong at Indy – but Mid-Ohio is a whole different animal. We’ve continued to test and try different methods – and after a lot of hard work, I think we have a handle on it.”

Miller added, “All in all, a great weekend and a fantastic two weeks. We were on top of the charts every session except qualifying. The top 10 cars were really close and in the end we missed pole by seven hundredths of a second. In the race I was able to take the lead by turn two and although we had plenty of pressure, we led every lap of the race. It’s really incredible to have back-to-back wins. The SMR, PREFIX Dodge was really strong on restarts and on long runs. We’ve got momentum and that’s what it takes to win the championship.” 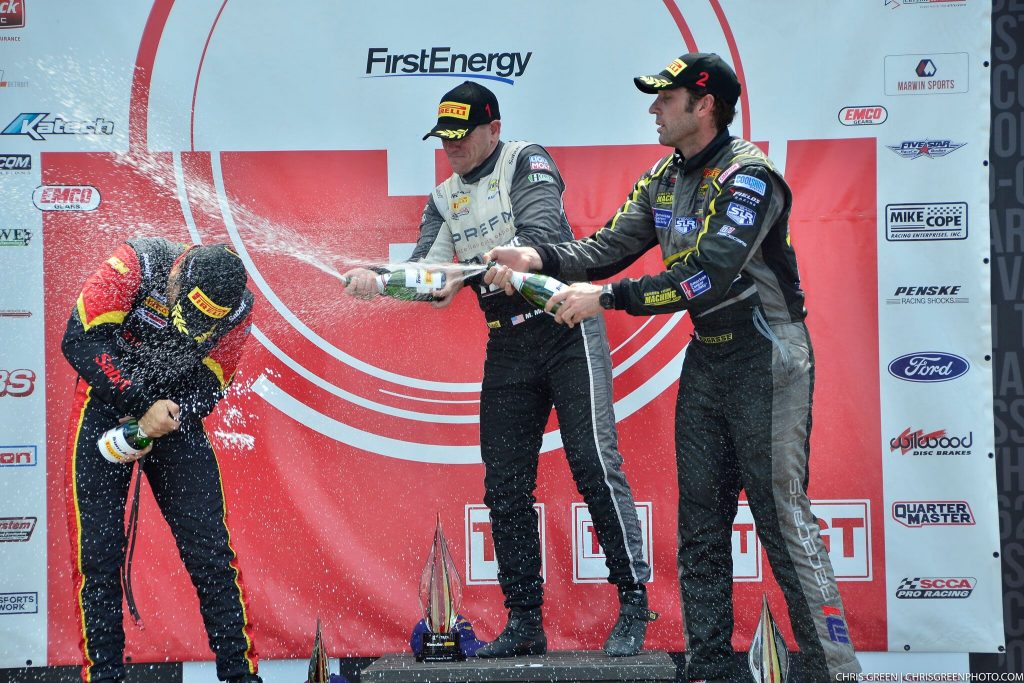 Stevens said, “Next up is Road America and the long straights and flowing nature should favor our Dodge. Marc has a 61-point lead with five races left and that puts us in a good position for the championship. Dillon Machavern in our Liqui Moly, PREFIX-powered Ford Mustang is second with only two points over third after a tough race at Mid-Ohio.”

Machavern added, “We had a really good car for the race. We missed the set up in qualifying and had to start eighth. I got a good start but it’s really hard to pass at this track. Once I got by seventh, we began closing the gap to the group ahead pretty quickly. The yellows helped but in the end they got me.

“On the third restart, the guy in third did not get going and that started a chain reaction. The car in fourth checked up, fifth hit him, then I piled into the back of him to finish my day. I’m disappointed but what can you do? SMR gave me a great car for the race and I think we had something for them. It’s unfortunate, but it was our first DNF of the year. Now I need more than just good points to stay in contention for the championship I need wins. Marc is doing a great job so it will be tough.”

Stevens said, “We are so proud of Brian Swank who drives our No. 12 Berryman Products Camaro. Brian went from 24th to 11th and won the COOLSHIRTS Systems Cool Move of the Race. He’s a great guy and we are very fortunate to have him on our team. He and his wife, Carol, are just wonderful to be around. Even at this level, racing is supposed to be fun and Brian and Carol just love TA2 and The Trans Am presented by Pirelli! Brian had more than 20 of his employees come out for the race and enjoy our hospitality area. With all of his people here it was the perfect time for Brian to stand on the podium to receive an awesome award.

“Alex Wright was once again behind the wheel of our No. 83 Dodge and Drew Neubauer was in the No. 11 Wabash, Supreme Products Dodge. They followed Brian home in 12th and 13th. All of our cars performed flawlessly and that’s a tribute to my guys, our team, and the effort we put in as a whole.”